Lasers have long been the standard of care for many surgical and cosmetic procedures such as LASIK, wrinkle removal, and hair removal. The Waterlase laserwas approved for hard tissue procedures in 1998 and since has been cleared for numerous dental procedures. Thousands of dentists around the world have performed millions of Waterlase and soft tissue procedures.

Why should I use a Waterlase Dentist?

Waterlase Dentistry has many advantages over conventional dental instruments:

Heat, vibration and pressure are the primary causes of pain associated with the use of the traditional drill. Since the Waterlase laser cuts hard and soft tissue without heat, vibration or pressure, your dentist may be able to perform your procedure with fewer shots and less anesthesia. Plus, using the Waterlase laser reduces bleeding, post-operative pain and swelling, and the need for pain medication in many cases.

A Waterlase dentist can remove decay in tooth enamel-the hardest substance in the human body -while leaving the surrounding tooth unaffected.

High-speed drills can cause hairline fractures in teeth that can eventually lead to future dental problems. The gentle action of the Waterlase laser reduces damage to healthy portions of the tooth, minimizing trauma.

Due to its gentle cutting action and coagulating capabilities the Waterlase laser performs many procedures on gums and other soft tissues with little or no bleeding and less post-operative swelling.

The Waterlase laser was first cleared by the Food & Drug Administration to cut tooth structure in 1998, and has since received over 60 additional clearances for a wide range of procedures on teeth, gums, and bone.

Yes! In the hands of your trained dentist, the Waterlase is a safe medical device. As a Waterlase Dentist, your doctor is committed to providing you with the best possible care and dental experience. 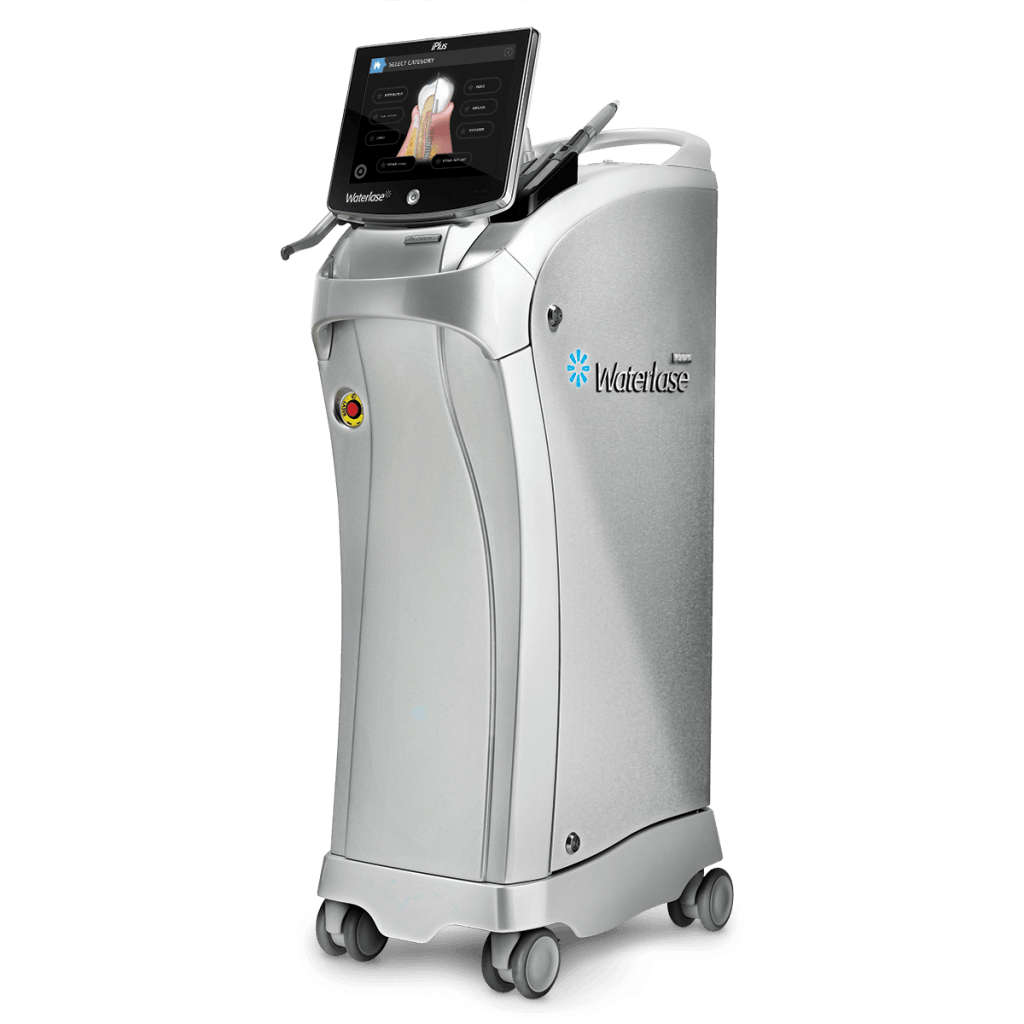 Improve Your Smile.
Request a Virtual Consult Now!
Get all your questions answered for FREE in 3 easy steps:

2. Tell us what you're hoping to achieve